Not long to go until the start of the football and football betting season 09/10 with the pre season football games already kicking off this weekend and the usual anticipation and excitement is just starting to hit after an action packed transfer window in the premiership and all major football leagues such as the Bundesliga and La liga.

Real Madrid, humbled by Barcelona last year found it too hard to take and the "Galactico" era is well and truly back with the return of Florentino Perez and Zinedine Zidane to bring in the world's best to try and wrestle the title back from their bitter rivals. 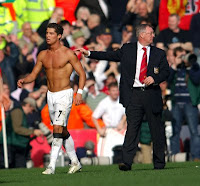 One of those big signings being a certain Ronaldo and just where does that leave Manchester UTD in the English premier league? I'll tell you where, it leaves them in third place behind a star studded Chelsea team and a resurgent Reds in the form of a Gerrard and Torres lead Liverpool. 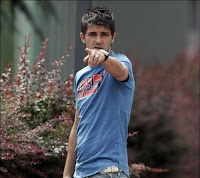 In the La Liga betting, the title race is too hard to call, it might just hinge on which of the big 2 David Villa decides to pick but wherever he goes, he is surely the big value football pick in La Liga in the top scorer betting 2010. Left fighting it out for the champions league spots in La Liga will be Atletico, Valencia, Sevilla and Villarreal but with departures left, right and centre from those La Liga clubs, it's anyone's guess and maybe a value punt on an outsider, the likes of Deportivo for a top 4 spot would be the way to go.

Back to the premiership and the standout value antepost betting football pick is once again in the top goalscorer market with big spending Manchester city the focus of attention. Roque santa cruz - a goal scoring machine, if he stays fit is surely going to bag a pool of goals for the premiership's wannabes with the amount of talent on show at Eastlands and the amount of chances they will create. Santa cruz the value E/W punt @ 33's. Robinho to place top 4 might be 1 to look at too as he takes the set pieces.

Liverpool are on offer @ 4/1 for the championship and 9/1 the straight forecast Liverpool 1st/Chelsea 2nd.

Elsewhere, Pompey look good a good value pick to take the drop @ 6's especially if Peter Crouch gets on his bike and also watch out for Adebayor in this transfer window as Niclas "I can be the best in the world Bendtnar" is on a mission with something to prove and if Adebayor leaves, Wenger may look to Bendtnar rather than a new signing to replace him and the big man is on offer at a whopping E/W price of 80's for top scorer. 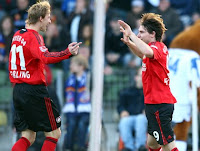 Real Madrid are not the only team that are feeling that they have something to prove this year. A certain Bayern Munich were left red faced in the Bundesliga last year with a Dzeko and Grafite inspired Wolfsburg taking their title away from them, resulting in Jurgen Klinssman getting the chop and also Bayern diving into the transfer budget and robbing the league's biggest stars, snapping up players like Mario Gomez and Ivica Olic, but with Ribery likely to move on, watch out for the dark(very dark according to the bookmakers) horses Bayern Leverkusen this year and also a certain returning Vedad Ibisevic for TSG Hoffenheim in the goal scorer markest as well as new Bayern Munich signing Mario Gomez of course.