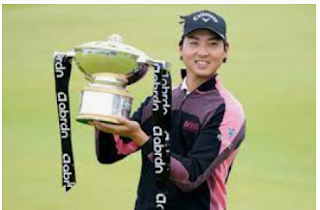 It's a calm after the storm type week as we wind down the Ryder Cup, and for me it's like a feeler for the final leg of the season run in. It's a similar mindset for a number of the European Ryder Cup group as well with the likes of Shane Lowry, Luke Donald, Martin Kaymer, Tyrell Hatton, Tommy Fleetwood and captain Harrington himself teeing it up at the Alfred Dunhill Links. No better tournament either than the pro-am, hosted at the home of golf. It may pay to oppose some of these guys if you're a match betting player, especially the likes of Martin Kaymer who won't have played many holes of late.

The Alfred Dunhill Links will see the usual who's who of celebrities infiltrate the pro groupings across Carnoustie, Kingsbarns and ST. Andrews (2 rounds). The 1st of those 3 is well known to be the toughest and is known as Carnasty when conditions are brutal. Maybe that's the case for this week as current forecast suggests 15-20 mph winds and rain over the first couple of days. There may be an angle in keeping a close eye on the weather througout the in play.

With that in mind I'd suggest treading carefully and maybe get a few bad weather players on board. Two such guys who have good records in the Alfred Dunhill Links and are at big quotes of 300-550/1 are Stephen Gallacher and Michael Hoey and I'll have them onside in various markets.

More Speculative plays I really like this week are the simmering George Coetzee 125/1 who is featured on the profile page for the Alfred Dunhill Links in my course fit profiling manual. It has been a strange couple of years for Big George but he can show up anywhere like he did with a win not too long ago on the Saffa Tour. George is a strong fit especially for ST. Andrews where he held the previous course record 62.

Min Woo Lee comes in at around 70/1 ew and also owns a strong course fit rating for ST. Andrews. the Australian is well used to the wind and this type of track and has one of the best swings in the game. His length will be an advantage on the host course and he's a regular near the top of the short game/scrambling stats. Min Woo won in a strong field at Renaissance a couple of months back in Scotland which is quite a similar links course to ST. Andrews.

The main play for the Alfred Dunhill Links will be Robert MacIntyre at around 33s. Another Scot suited to the course and probable conditions, aswell as the right attitude to compete in a slow and fun type pro-am event. Putting on the links is not usually a premium and that negates his weakness.

Just a quick run through on the Sanderson Farms Championship now where I will also adopt a more speculative smaller stakes approach in various markets including EW and the FRL.
I'm targeting both Jackson CC and Sedgefield course specialists here. The former is basically the latter in disguise both from an aesthetics and set up point of view. the reason for this is designed John Fought models his courses on Donald Ross designs. Jackson is a little longer than Sedgefield but the same strategic  approach applies: Placement from the markers and leaving the ball underneath the hole from approach.
The standouts for the profile are JT. Poston 150/1 ew who won at Sedgefield going bogey free over 72 holes and narrowly missed out here at the Sanderson Farms last year. Brandt Snedeker 100 and Peter Malnati 125 have the Ws on the tracks and Malnati closed here again with a 63 last year for 2nd place. Sneds is a Donald Ross and Sedgefield lover who has shown glimpses of a return to form of late.
Doug Ghim 80/1 ew is another showing flashes of his potential recently and I think this is the type of track that suits him so I want to get him onside at the Sanderson farms aswell at a decent price. 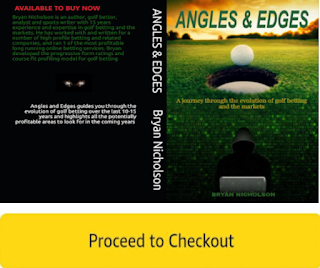 If you enjoyed this preview there's plenty on what's behind my methodology and thought process, plus loads more in my golf betting book "Angles & Edges"....