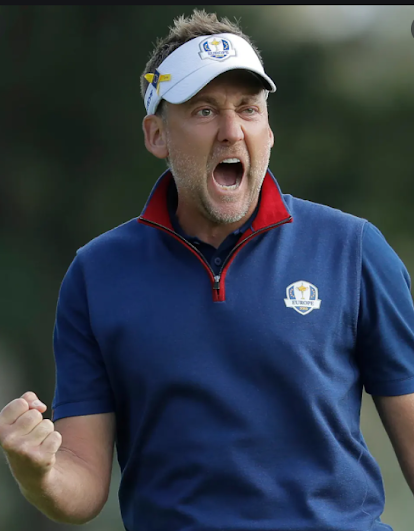 Follow @NicsPicks Darren Clarke defied the odds the last time the Open Championship was at Royal ST. Georges. He gobbled up "sandwich" with plenty of side sauce. Why? The Open Championship levels out the playing field. It's the major most wide open. It's the luck element to links golf and the actual elements that makes it so interesting. Clarke was around 300.0 on the exchange pre event. Louis Oosthuizen was 400.0 the year before him when he won the Open. Adam Scott bogied his last 4 holes to allow Ernie Els in for victory, not to mention Jean van der velde...
We've seen huge priced winners such as Todd Hamilton, and indeed Ben Curtis right here at ST. Georges aswell. The wind is forecast to be up and with this gaff being one of the more tricked up Open venues, who is to say we won't see another huge priced victor at the 2021 Open Championship. The guys at the top of the market may not be the guys fighting for the Claret Jug come Sunday
Scroll on for Open championship picks....

It's the last big major week to push my new golf betting book "Angles and Edges". You can click here to check out the book information or buy the book via below:
NEW: my book "ANGLES & EDGES" has been getting plenty of good feedback. It covers everything in 15 years of golf betting & beating the markets and will be a good read for Open Championship week - Take a look: 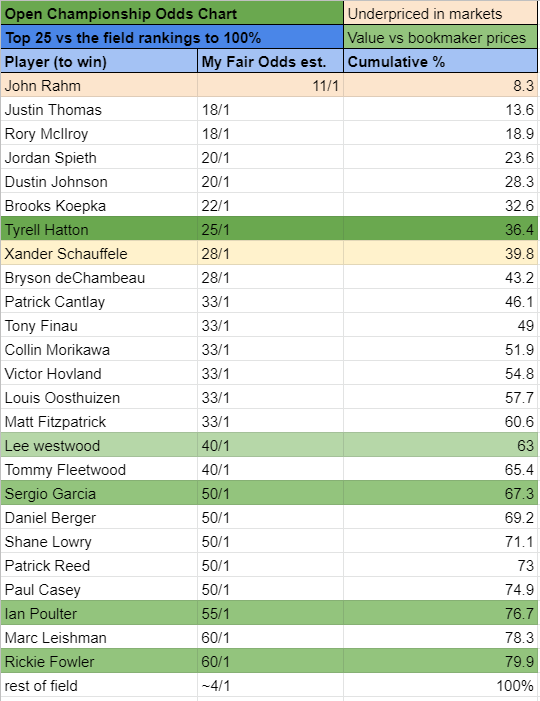 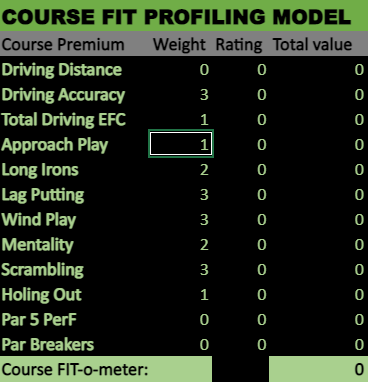 Truth be told, we can narrow down the field as usual and look for any decent edge available but on a track like this and when the elements come into play, predictive ability is diminished significantly. Wind and links specialists are a prerequisite but even that's not enough. Short game will be at a premium and a strong mentality will be required.
Open Championship Picks
Looking back at the two most recent editions of the Open at Sandwich there is a bit of an American feel to the leaderboards. Rickie Fowler contended strongly here in 2011, as did Dustin Johnson. The course did allow for some more through the air type golf. Fowler has a very strong pedigree in these types of events. He has won the Scottish Open at Gullane and has all the shots for this type of test. Form wise he's simmering at the moment after a spell in the doldrums but a top 10 at the PGA followed by a t11 at Memorial stands him in good stead.
It's Ian Poulter I'm most interested in this week at the prices and it might be time the postman delivers. I thought a closing 63 for a t4 in Scotland might see his price a bit shorter. Poulter has all the attributes required for links golf. His play around the greens will give him a big advantage here but it's also his mentality that stands out. We know how well Ian can perform when highly motivated and having been so close to tasting Open Championship success, he knows he won't get too many more opportunities.
It's a similar story for Lee Westwood who looked like the man to beat for quite a while last week in Scotland. We've already talked plenty about Lee's new freerolling attitude these last few years and he is often up there in this particular championship. Former winner of the Dunhill Links and what an achievement winning the Race to Dubai last year. Lee was beaten narrowly in two big US  events earlier in the season at the Players Championship and the Arnold Palmer and I think he's being  a little under valued by the market here at around 50/1
From nearer the front of the Open Championship market I like Tyrell Hatton and Matt Fitzpatrick  - two fine links exponents with the accuracy and short game attributes needed to tackle Royal ST. Georges. Fitz missed out in a playoff last week in Scotland while Hatton rallied with a closing 65 to warm up nicely.
I'll round out with probably one of the finest links and fast firm conditions golfers on the planet in Marc Leishman, and Open Championship Specialist Sergio Garcia. Both have been as near as you can get without actually winning an Open Championship, losing in playoffs. Sergio has been t2 on another occasion, and Leish has also contended in other years.
Both players are simmering with current form - Leishman was edged out at the Travelers Championship a few weeks ago. Sergio Garcia was a feature in the two most recent previous Open editions from ST. Georges so has shown already a liking for the track.
Open Championship 2021 Tips:


Please note: all weekly Euro/PGA tour tips, advice and sub market plays are available through my

NEW: my book "ANGLES & EDGES" has been getting plenty of good feedback. It covers everything in 15 years of golf betting & beating the markets and will be a good read for Open Championship week - Take a look: