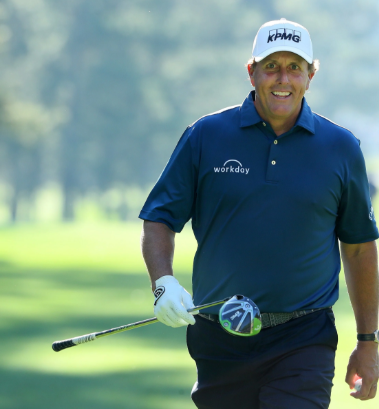 Phil will be dropping some bombs on PGA West. Scroll down under the tips for golf betting promotions

It's simple, fire at the pins and smoke up that putter. Arguably the easiest set up on tour at the PGA West Stadium, NP and La Quinta courses. Some of the purest greens on the schedule here. Risk/Reward theme.

Patrick Reed holds the 72 hole tournament record with a score total of 260. Pleased to say Nicspicks followers benefited after I tipped him at a whopping 140/1 pre tournament, giving rise to the hashtag: #GetGreedyWithReedy

American Express Rankings and tips to be posted Tuesday

Phil Mickelson 40/1 EW, FRL - is tournament host this week but I'd expect that to help rather than hinder the American enigma. I'm most interested in Phil's tactics here last season where he said he wanted to bomb it everywhere, get as close to the green as possible and go from there. The reason being he's scheduling events where landing areas are forgiving and tracks with lesser rough. It worked last year and when he missed it was easy for him to get up and down I noted when watching. Phil is still no 1. in strokes gained: ability, in this field and around a track like this one. Mick was 8th in approaches from 125-150 yards in 2019.

If you are betting each way on the golf this season, Betfair go EW 1/5th 7 and 8 places on most full field golf events throughout the year. Also running a great promotion that new golf players can use too ...find out more

Bet now at betfair.com New customers only, bet up to £/€20 on the exchange and if your first bet loses, we'll refund you up to £/€20 in cash. Bets must be places in 7 days of account opening. T&Cs apply