Where is the edge at?

It's been a while since I've written a blog post so I've written a blog post. Look at the title...... F*** knows. I haven't bothered adding it up but surely sportsbooks are now hitting nearly 200% with their antepost golf markets given their constant slashing of any player even mentioned by the "judges" *ahem* on social media. Back in the day the blue would of course be offset by the red on oddschecker to keep a similar % margin, but not a bit of it these days - if they can get away with it - and they can - they will try it......


The competition these days on the 2 main tours is unbelievable too. There is so much talent and so many can win that the golf betting game is becoming a bit tedious. Add in the big 3,4,5,6 or however many you want and the fact that they actually seem to perform to their implied probabilities these days, that it's possible there's no juice left in the fridge. Jason Day on a winning run of 7/15 events or something? WTF like...why the face

Nicspicks mailing list selections have basically been fluctuating around the break even point all season and we are now about 5 months in. I think I've only had 3 or 4 outright winners albeit the focus is more on places and top 10 / 20 etc now, and the staking system is obviously working well to keep us treading water without the big returns that an actual winner brings. Now, I've been in the game long enough to realise 5 months is not actually that long when working with such big odds, but due to the reasons mentioned above, I know the big edge I once had is not there anymore. The question I'm asking myself is just how much of it is left. I've always said the day I feel a worthwhile edge is gone for me is the day I quit and that will be the case. For a guy like me (value obsessive), betting without having the +EV edge(expected value) on my side (at least perceived - everyone makes mistakes) is like eating corn flakes with dutch gold instead of milk or something mad like that.

Anyway the jury is still out - I still feel I can find enough value in the markets whether it be betting or trading or even making the move to Daily Fantasy Golf. Maybe that's where the REAL edge is now. I'll let you know when I can eventually open my own bloody account in Ireland! Us Irish can play at PlayOn Daily Fantasy Sports though

The thing is, a lot of my guys - despite using the same profiling techniques and relevant stats and trends etc as I always have - are not obliging. They are not performing as expected and maybe this is just something in the new breed lifestyle, whether it be other interests, too much gym time and not enough time on the course, or whatever. Maybe it's just a don't really give a shit, I'm rich attitude. Who knows, look at this Zika Virus excuse for avoiding the Olympics. Anyone with a bit of sense knows it's fuck all to do with the Zika Virus for most of them (exception maybe Marc Leishman and a few others). Anyway, The fact is too many of my strong fancies are bombing themselves out of contention on day 1 and it's very disheartening.

With regards to trading I'm still alternating with my strategies as like the fixed odds betting I've hit a stalemate this year. I'll continue for the rest of the year but I've been trying to optimise trading strategies for 4 or 5 years now and all I'm really getting is grey hairs and a fat belly. If I was getting rich maybe I could say it is worth the stress but in reality even that would not be worth the stress - your health (mental and physical) is your wealth.

On a more positive note I'm crushing the Euro 2016 in play markets. Antepost is looking a bit dodge but 2 of my 3 main bets are right there so we will see (Griezmann top scorer and De Bruyne top assists, although De Bruyne unbelievably didn't get credited 1 of his 2 assists against Hungary on the UEFA site. He was credited it on every other site such as whoscored and soccerway but it's the UEFA one that matters). Anyway back to the in play and it's the anytime scorer and man of the match markets I'm doing the damage in for the most part. Mug markets a lot of people tell me but how is any bet a "mug" bet if the price is bigger than it should be, and you only need to use oddschecker to see the discrepancies and disparities that portray how difficult these markets may be to price up if you don't specialise and without any solid stats. I'm also doing some damage in other mug markets like "to score from outside box" and "to score from header" when all I'm really doing is facing off certain bookmaker prices v others. EG. 1 makes Ronaldo 5s to net from outside the area and another makes him 14s somehow. Then the reverse happens on Eden Hazard. Oh, and value is often more patently bloody obvious than subjective to certain individuals or groups. Like Tony Bloom and Star Lizard. Like Patrick Veitch and Barney Curley, Like Nicspicks! Certainly not like the new automated bookmaker pricing models. So yeah, it's nice to be rewarded for exploiting value prices, just like the good old days, and football was where it all began...... 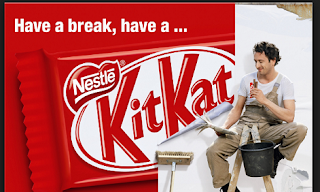