First off, beware of Luis Suarez who is still carrying an injury. I'm not sure when exactly he'll be fit but wouldn't be surprised to see him after the Mexico game. Bet365 are the only book 4 places on . Carlos Bacca should lead the line for Colombia who are dark horses to potentially win the tournament. Bacca netted 18 times for Milan this season and hit 3 in Colombia's last 2 world cup qualifiers. He should have James Rodriguez (Nicspicks 200/1 top world cup scorer tip ;)!) and Cuadrado supplying the ammo. I've backed him at 13/5 to score anytime and 18s to net a brace in the opener against the US too.....


Onto the Euro 2016 betting tips now and I suppose I'll start with my main two big outsiders, Breel Embolo and Divock Origi. One is a Liverpool player and the other could be joining him this summer. Spurs are also interested as well as many top clubs and he will be supposedly leaving Basel. Both Embolo and Origi are colossal talents in the same mould. Switzerland are the team I was very keen on in the World cup as outsiders and they gave up a top display. I always felt they were missing a cutting edge and now they have it. Embolo was carrying an injury but played and looked sharp against Moldova and while he may not start the first match I expect him to gradually play more and more as the tournament progresses, potentially becoming Switzerland's key man. He's only 19, and notched 10 goals for Basel this year. He's big, strong, fast and has a good eye for goal. Josep Drmic has been ruled out with injury meaning Seferovic and Derdiyok who are similar are the other main strikers.

Divock Origi I expect will play the same role for the Belgians as Embolo for the Swiss. Also nursing an injury, I watched him as a sub v Switzerland and he looked menacing when he came on and nearly scored a superb overhead. He has to compete with Lukaku and Benteke but Wilmots likes him and I think he'll quickly force his way in maybe with De Bruyne and 1 other behind the front man. The manager rotates the front man a lot. Origi looked a great prospect for Liverpool mid season having put on some weight. He's now a big physical presence, also with pace in behind and his confidence is high.

Along with the Swiss 66/1 the other outsiders that I feel could go well are Austria 40/1, and Embolo's team mate Marc Janko scored 16 for Basel in 20 league games before injury. He's ready to go now and notched 7 in 9 for Austria in qualifying. He will be the focal point of the attack, flanked by Arnautovic and probably Martin Harnik, both of whom also have goals in them. I've had a small bet on Arnautovic purely on price for EW top tournament scorer too. I placed that ages ago when he was on fire for Stoke mid season.

I also had a very early bet on Zlatan purely on price for Sweden. He could potentially go mad in the group stages and if we compare him with the market leaders, he's very much overpriced.

Antoinne Griezmann is my main EW bet for tournament top scorer. He's been on fire for Atletico over the last 2 years and scored 22 league goals in each of the last 2 seasons. He scored 7 in the Champions League this year and in the absence of Benzema, he'll either lead the line for France or play off Giroud. I expect him to be favourite France's key man, barring injury.

I took the early 6s on Shane Long and Kyle Lafferty to be Ireland and Northern Ireland's top scorers respectively. These prices have long since gone. The early market for the Republic was completely wrong with Walters and Keane at 3/1, and Long and Murphy at 6s. Shane Long will be the main striker for Ireland. Lafftety scores around half Northern Ireland's goals and is over some personal stuff. He scored 7 in qualifying. H netted again last week in the first few minutes in a friendly v Belarus.

Other than that, the aforementioned Kevin De Bruyne I expect to light up Euro 2016, and playing off a big man for Belgium, unlike at City, I expect him to turn provider in a number of circumstances. He hit 9 assists for City in the Premier League but he'll be feeding the likes of Lukaku, Benteke and Origi for Belgium. He could be an ew bet to nothing 4 places in the assist market with Boyles. I've taken him for Player of the tournament too where I also fancy Paul Pogba but I always get the feeling there are paper bags bunged around for this award and betting etc so tread carefully.

I'll be backing the Swiss (65.00) and Austria (50.00) outright with the intention of laying them on the exchanges if they reach the semi finals. 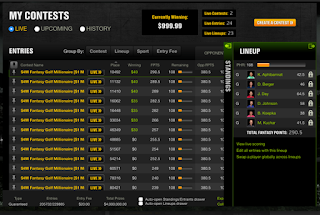