Quick update on the new trading strategy I was testing. It was built on a low risk concept and that's proved to be the case. We were looking good after day 1 matches with 6/8 winners from the group faves (and Gmac) I backed. As mentioned in the antepost preview, the low risk element was centered around the fact it was likely most would win at least 1 game and so we would be close to freerolling on faves to win both their first two games. This turned out to be the case with only McDowell (who was the only player from the 8 who wasn't actually the market favourite) losing twice. 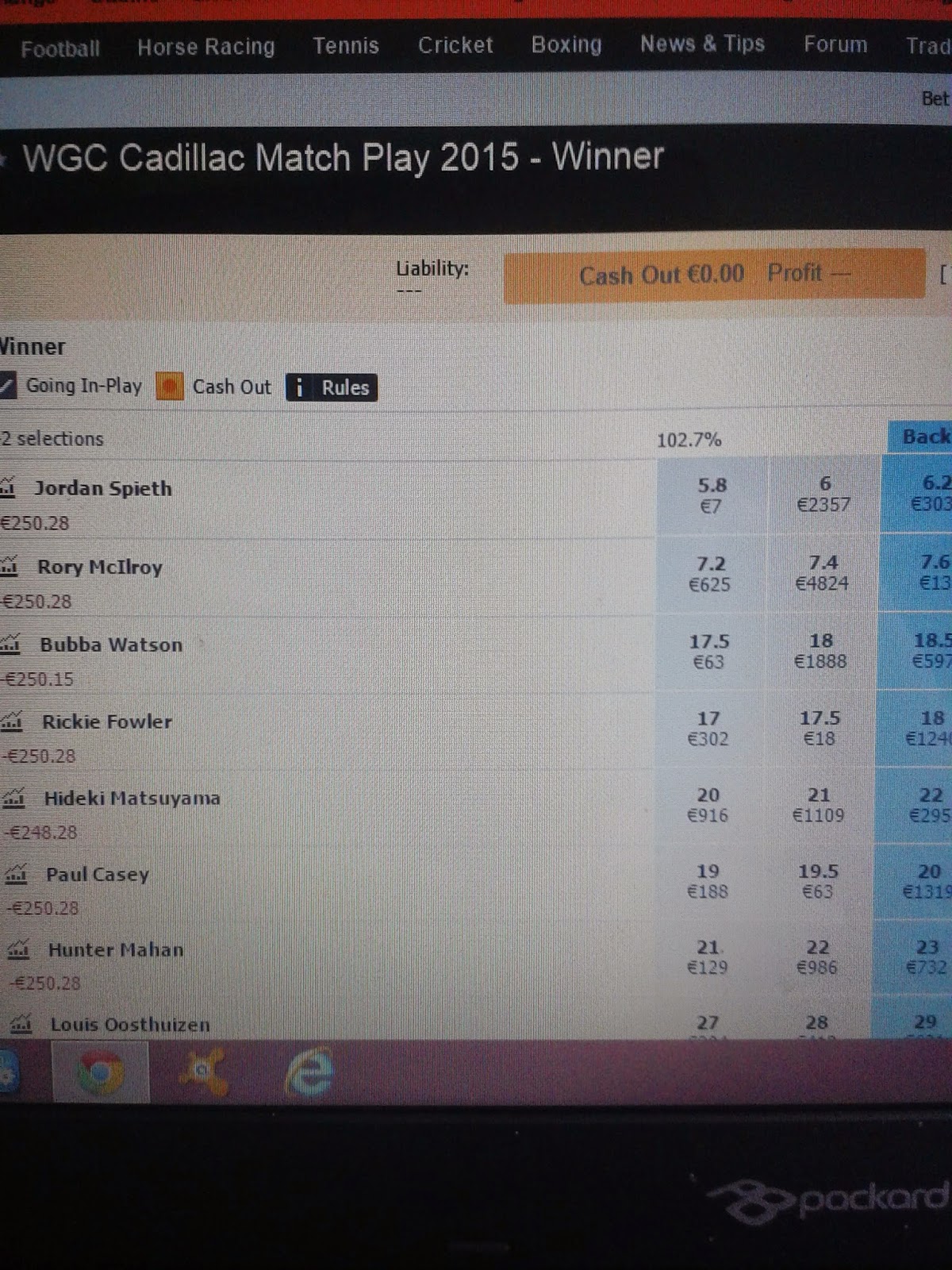 Unfortunately day 2 went poorly. Kuch managed to win and get himself back into things but 4 from the 6 first day one winners lost. I was hoping for a 66% win rate there rather than the other way around which would have secured the profit I had in mind. The overall record then was a less than hoped for 2-5-1 - two guys scoring 2pts, 5 guys winning 1 from 2 and just the 1 player losing both. Another big negative was both tournament faves Rory McIlroy and Jordan Spieth both winning two matches which has a drastic affect on the prices of the others. If 1 or both of these were in a precarious position, the book would always look a lot sweeter. Despite things going the wrong way I recovered around 75% of my liability after equalising so - against what I thought yesterday mid round - the strategy might actually be a goer in the future.

Elsewhere, Senden (from Twitter) proved good value as he has already advanced at a price of 13/2 to win his group and Leishman is looking good although he really needs to win all three the way the group has gone unfortunately. I thought McDowell would go a lot better and I lost a bit on Snedeker who I took a shot on given his big odds due to the draw.

In the United Leasing Championship, 3 from 4 are par or better which is in decent position. Wheatcroft was a non runner.