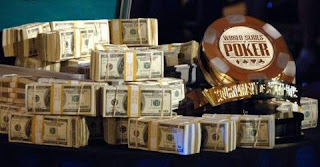 The 2009 WSOP is well underway with Brock 'T-Soprano' Parker taking most of the headlines so far. He already has 2 wins to his name which is some feat. Nearly half way through now, the build up is getting more and more exciting as we draw near the main event. Now picking a winner of the main event is similar to taking a number between 1 and 2000 but lets see if we can find some value bets in some exploitable markets! The first name that springs to mind when you talk about long, drawn out, survival poker tournaments is the Patrik Antonious. For me, 1 of the very top all round pros in the game and a regular at final tables all around the world. Both a tournament and cash game specialist, he has all the attributes to go very far in a big tournament like this and another final table appearance wouldn't surprise anyone regardless of the depth of the field.

Continuing the theme of good looking poker players, another 1 kind of flying under the bookmaker's radar is a new up and coming female pro - Jennifer "Jennicide" Leigh. Some may know of her from posing for FHM and the likes but her poker game should not be underestimated. At 26 years of age, she may well soon be recognised as 1 of the best females on the poker circuit, and backing her in the 'longest lasting female' market could yield some profits.

Another flying under the Radar is a player from the British Isles who I've sat with on a few occasions(a player I don't like sitting with as he scares me and not many do!). He is a player that has won my national event on the EPT 2 times and a tournament specialist, and for me is the best player from the British Isles. His name is Ram Vaswani and is well down the list of the bookmaker's potential winners.

Those are just 3 of many to watch out for in this year's WSOP. Relative unknown/new names such as: Grosspellier, Binger, Brady, Alaei, as well as former winner Huck Seed, female specialist Jennifer Harmon and top players like John Juanda, Allen Cunningham and Gus Hansen are amongst others.

The following are what I see as good value bets to make the event a bit more exciting for us mere mortals stuck watching it on TV!: