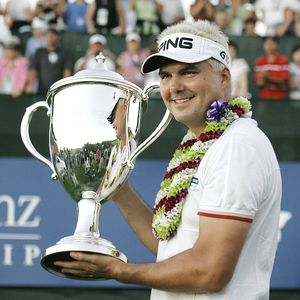 This weeks track - La Cantera was ranked 1 of the easiest courses on tour last year (39/54) and appeals to the 'birdie makers' on tour. Scoring is usually very low with pins there to be attacked.

0.5pts E/W Daniel Chopra @ 50/1 (general) Third here in 2007 and fired a blitz of birdies last week, his failing being a lot of mistakes in between but this course won't be nearly as punishing

0.5pts E/W Heath Slocum @ 100/1 (ladbrokes) Not really found form this year but good record on this course, it fits his eye

0.5pts E/W Dean Wilson @ 50/1 (general) After a more thorough study, the conclusion is that the short hitters form is deceptively good this year and even though he missed the cut last week, his putting was right up there. He has the game for this course as his course form shows.