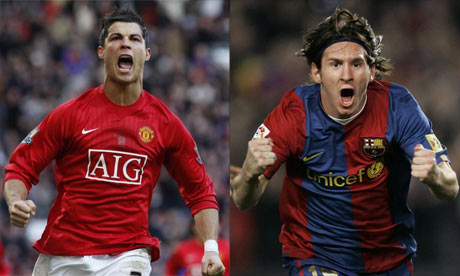 As the season footy season draws to a close, who will come to the fore in the biggest game of the year. Will it be Messi, will it be Cristiano Ronaldo? Is this the day when Leo Messi announces to the football world that the new Maradona is indeed here? 22/1 on a brace for the young magician is some price.

-1pt Messi to score 2 or more goals @ 22/1 (paddypower) Obviously a very outside shot but the odds are almost 3 times what they should be. Paddy is taking an almighty gamble.

-1pt Ronaldo AND Messi to score @ 10/1 (paddypower) The final is all about these 2. time to step up to the plate. Good value.

-2pts Leo Messi anytime scorer vs UTD @ 11/4 (bluesquare, paddypower, skybet, williamhill)Champions league final or not, Manchester UTD or not, you give me 11/4 on Leo Messi to score and I'll bite your hand off.

-0.5pts E/W Vidic first goalscorer(unlimited places) @ 28/1 (bet365) Will be a serious threat tonight from set pieces.Don't be surprised to see his name on the scoresheet.